I’ve been known to say my job was ultra-stimulating and there were never two days alike. I was completely sincere in saying so.  It wasn’t until I was asked to go to Dallas for International Code Council hearings a few weeks ago that I realized I’d completely wiped from memory the last time I had to attend a plumbing code conference. Psychologists call this type of memory block “PTSD.” 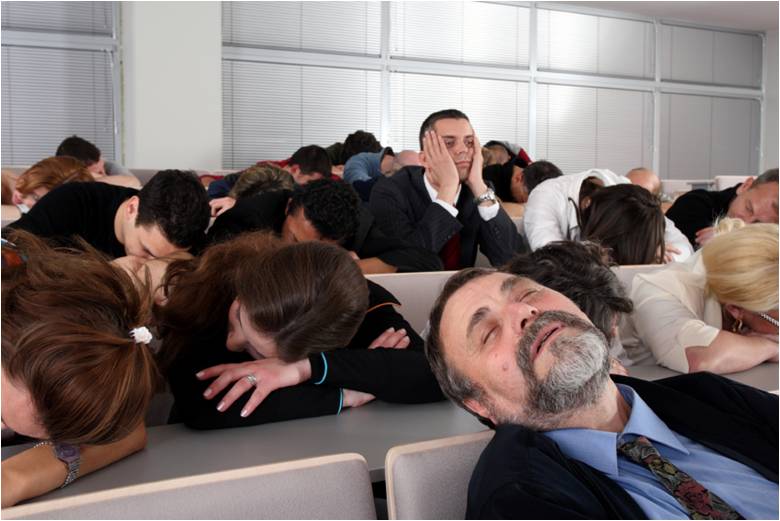 Mind you, I have nothing but respect for the people involved. It’s an important job and not for the impatient. The guidance of codes results in clean drinking water and functional plumbing systems, derived from the input and testimony of public health and sanitation directors, building officials, engineers, design consultants and hundreds of others testifying at code hearings lasting seven days . . . for twelve hours a day . . . spanning three years. Then they start all over again.

In Dallas, rumor had it C-SPAN3 was set to film the proceedings until finding out they’d been double-booked.  Taking priority for the crew was shooting a new episode of Paint Drying at the Library of Congress.

Awaiting my turn to testify, I found myself longing to be home cleaning out the gutters.

If you’ve attended a code hearing, pray tell what you remembered (if you can un-block it.) And whatever did you do to pass time waiting to be called?

*Life is as tedious as a twice-told tale vexing the dull ear of a drowsy man. William Shakespeare.