Routinely turning up in the screens at a wastewater treatment plant are items that could belong on a Scavenger Hunt list (plus others too gross to mention.) The things that are purposefully or accidentally washed or flushed into the sewers is something that unbelievably, treatment plant operators get kind of used to.  Thank goodness we have these stalwart souls and the modern systems they manage, which are a far cry from the conditions of just more than a century ago.

“The Ghost Map” by Steven Johnson is a story of London’s most terrifying epidemic and how it changed science, cities and the modern world. Check out the author’s web site on the topic: https://www.theghostmap.com/

You can read about what life was like back before there were sewers and treatment plants in a fascinating book, “The Ghost Map” by Steven Johnson.  In this passage, he vividly describes London before modern sanitary systems existed:

It is August 1854, and London is a city of scavengers. Just the names alone read now like some kind of exotic zoological catalogue:  Bone-pickers, rag-gatherers, dustmen, night-soil men, bunters, toshers, shoremen.  These were the London underclasses, at least a hundred thousand strong.  So immense were their numbers that had these scavengers broken off and formed their own city, it would have been the fifth-largest in all of England. But the diversity and precision of their routines were more remarkable than their sheer number. Early risers strolling along the Thames would see the toshers wading through the muck of low tide, dressed almost comically in flowing velveteen coats, their oversized pockets filled with stray bits of copper recovered from the water’s edge.  The toshers walked with a lantern strapped to their chest to help them see in the predawn gloom, and carried an eight-foot pole that they used to test the ground in front of them, and to pull themselves out when they stumbled into a quagmire. The pole and eerie glow of the lantern through the robes gave them the look of ragged wizards, scouring the foul river’s edge for magic coins …

END_OF_DOCUMENT_TOKEN_TO_BE_REPLACED

It’s not uncommon for us humans to hang onto misconceptions, even for years. Faulty ideas we hold as truths come from everyday experiences, mythical teachings and a variety of other origins, including factual misconceptions learned early and never corrected. An example of this is when a kid hears, and never questions, the expression lightning never strikes twice in the same place. (Some time ago that one was debunked by two guys named Jamie and Adam who built a TV career dispelling cultural misconceptions on the “Mythbusters” show for the Discovery Channel.) 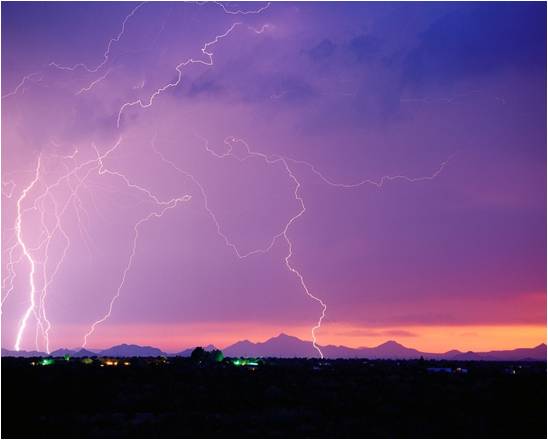