Routinely turning up in the screens at a wastewater treatment plant are items that could belong on a Scavenger Hunt list (plus others too gross to mention.) The things that are purposefully or accidentally washed or flushed into the sewers is something that unbelievably, treatment plant operators get kind of used to.  Thank goodness we have these stalwart souls and the modern systems they manage, which are a far cry from the conditions of just more than a century ago.

“The Ghost Map” by Steven Johnson is a story of London’s most terrifying epidemic and how it changed science, cities and the modern world. Check out the author’s web site on the topic: https://www.theghostmap.com/

You can read about what life was like back before there were sewers and treatment plants in a fascinating book, “The Ghost Map” by Steven Johnson.  In this passage, he vividly describes London before modern sanitary systems existed:

It is August 1854, and London is a city of scavengers. Just the names alone read now like some kind of exotic zoological catalogue:  Bone-pickers, rag-gatherers, dustmen, night-soil men, bunters, toshers, shoremen.  These were the London underclasses, at least a hundred thousand strong.  So immense were their numbers that had these scavengers broken off and formed their own city, it would have been the fifth-largest in all of England. But the diversity and precision of their routines were more remarkable than their sheer number. Early risers strolling along the Thames would see the toshers wading through the muck of low tide, dressed almost comically in flowing velveteen coats, their oversized pockets filled with stray bits of copper recovered from the water’s edge.  The toshers walked with a lantern strapped to their chest to help them see in the predawn gloom, and carried an eight-foot pole that they used to test the ground in front of them, and to pull themselves out when they stumbled into a quagmire. The pole and eerie glow of the lantern through the robes gave them the look of ragged wizards, scouring the foul river’s edge for magic coins …

Above the river, in the streets of the city, the pure-finders eked out a living by collecting dog sh*t (colloquially called “pure”) while the bone-pickers foraged for carcasses of any stripe.  Below ground, in the cramped but growing network of tunnels beneath London’s streets, the sewer-hunters slogged through the flowing waste of the metropolis. Every few months, an unusually dense pocket of methane gas would be ignited by one of their kerosene lamps and the hapless soul would be incinerated twenty feet below ground, in a river of raw sewage.

The scavengers, in other words, lived in a world of excrement and death.

From that era to today, in sewers from London to Wisconsin, a creature exists with four legs, a tail and a nasty disposition. It’s a different kind of scavenger. Of course I’m referring to rats.  Sewer rats became the subject of discussion not long ago in a LinkedIn forum when I announced my company’s partnership with the City of Philadelphia regarding the initiative to send more food waste to the city’s advanced wastewater treatment plant.  Here is part of a response from David S. in the U.K regarding the local outlook on disposers and their supposed contribution to the rat colonies:

“Isn’t it fascinating how different these things are in different parts of the world? Here in the UK, I work in food waste composting, so take this with a pinch of salt, but… we have hospitals hoping no one notices the rat population in their drains …”

I respectfully pointed out that the limited number of disposers in the UK and the particle size of food waste ground by disposers made it highly unlikely that the rat population had anything to do with disposers.  In terms of particle size, over 40% of food waste is ground to less than 100 micrometers, which is roughly the diameter of human hair; about the same size as a grain of sand.  The remaining, as determined by plumbing guidelines, is less than 1/4 inch. 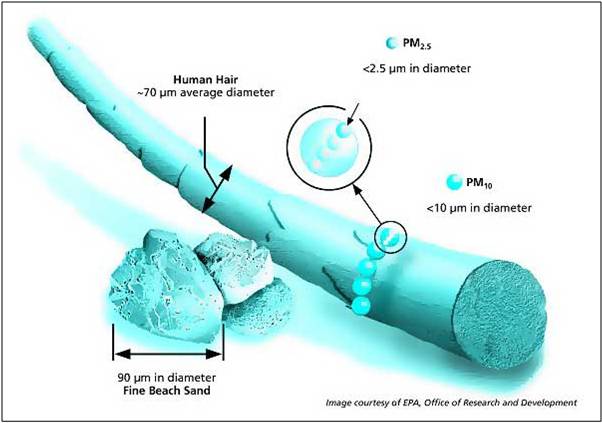 As wily and adaptive as rats are, it’s pretty difficult to believe them capable of – or interested in – sifting the liquids and other solids carried in the sewers in pursuit of particles so tiny.

To visualize what ground waste looks like in the sewers and to dispel the idea that chunks of food are floating around down there, we created this video.  (The amount of water shown in the video is limited to about 15 seconds’ worth of tap water – in real life there is added flow from the rest of the household and/or from laterals.)

David S. also mentioned the following in connection to FOG in the sewers, another condition blamed for those always-hungry sewer rats:

“We have customers fed up with … digging out all the fat every year.”

Thank you, David, for teeing up my next post.  I’ve been interested in a discussion of FOG (fats, oil and grease) for a while and there is new research underway.  The preliminary findings are pretty exciting.  (“Exciting” means one thing to your teenager and something else to a wastewater guy.) As I conclude this to go scavenge up lunch, it’s your turn to tell me what is the worst thing you sent down the drain in your real or imaginary life?