When engaging in technical discussions with municipal officials regarding the impact of food waste disposers, what often comes up is a concern about FOG — fats, oils and grease. Wastewater treatment managers, especially those overseeing sewage collection systems, deal with FOG blockages as part of routine maintenance. These deposits are listed by the US EPA as a major contributor to blockages that cause sanitary sewer overflows, a public health risk. Incidentally, FOG deposits are seen in sewers around the world, including countries where disposers are not as widespread as in the US. 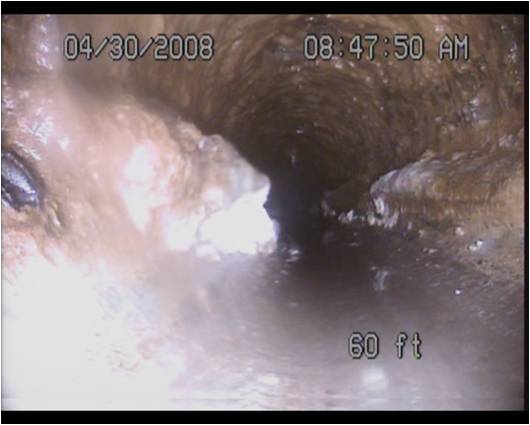 The above picture shows a FOG deposit 60 feet downstream of a grease interceptor, a device required by many municipalities to control FOG from food service establishments. Deposits also often appear in lift station wet wells near the high level mark, as shown below. 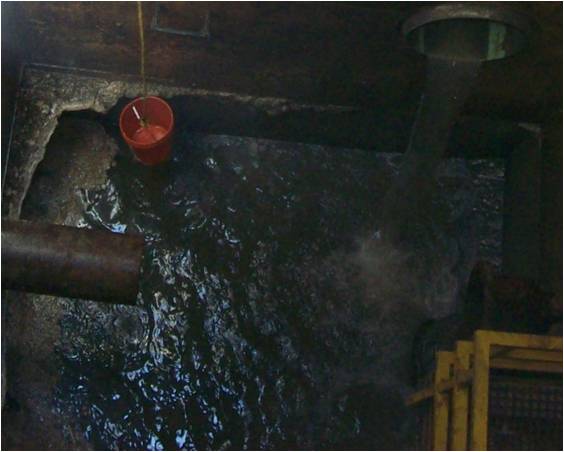 In 2008, the Water Environment Research Foundation released a study titled “Fats, Roots, Oils and Greases in Centralized and Decentralized Systems,” also known as the FROG study, which detailed three important facets of the FOG deposit phenomena. These included grease interceptor performance, FOG deposit characterization (chemical make-up), and the interaction of roots and FOG.

The characterization portion of the study, headed up by Dr. Kevin Keener of Purdue University, determined that FOG deposits collected from around the U.S. were similar in composition, containing very high concentrations of Calcium and saturated fats; both much higher than what would normally be found in sewage. Subsequent information appeared in US Today last summer from another FROG team member, Dr. Joel Ducoste of North Carolina State University.  His study called the deposits “soaps,” and at least partially implicated grease interceptors as contributing to the problem. The actual research suggests that free fatty acids (broken down FOG) reacts with Calcium, which could come from concrete grease interceptor tanks, as well as other sources, to form calcium soaps.

Soap we use every day is sodium based, and is water soluble, while calcium soaps are insoluble, thus making their removal difficult and time consuming. But what is interesting about this latest research is that grease interceptors – the very devices intended to control FOG – may actually be contributing to the problem by acting as a reservoir for bacteria to hydrolyze FOG into precursors for the hard deposits to form downstream.

Sewer blockages from FOG deposits are not caused by food waste. 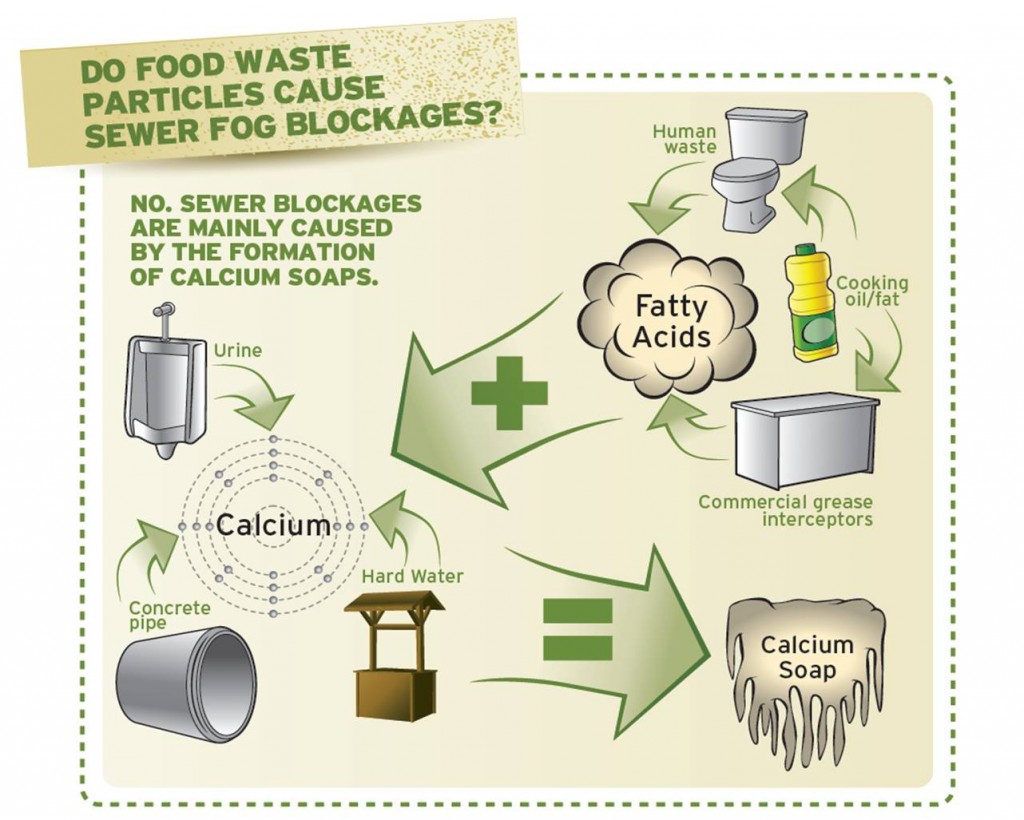 FOG deposits are the result of a chemical reaction where calcium and free fatty acids combine to form insoluble calcium soaps. Calcium has many potential sources including, but not limited to, urine, concrete, water hardness, and dairy products.  Free fatty acids are the result of the hydrolysis of fats, oils and greases, which occurs in grease interceptors.  But since we also digest food in our bodies, including FOG, this indicates that possibly the human digestion system is a source of the bacteria that facilitate the breakdown of FOG.

But sanitary sewage is not supposed to flow through interceptors, so what is the source of the bacteria and enzymes that break down FOG? More importantly, how can we control FOG deposits?

6 Replies to “CLEAR the FOG”