Recently I attended the 5th annual WERF Forum in Chicago to hear about the latest research in the wastewater field. The final speaker was Nancy Beller-Simms of the National Oceanic Atmospheric Administration (NOAA) who reported that global temperatures in 2012 were the tenth highest on record. In addition, she said that 2012 was the warmest and most extreme weather year on record in the US. Coincidentally, heavy rains and flooding struck Chicago during the forum, washing away a January spell of 60 degree temperature. 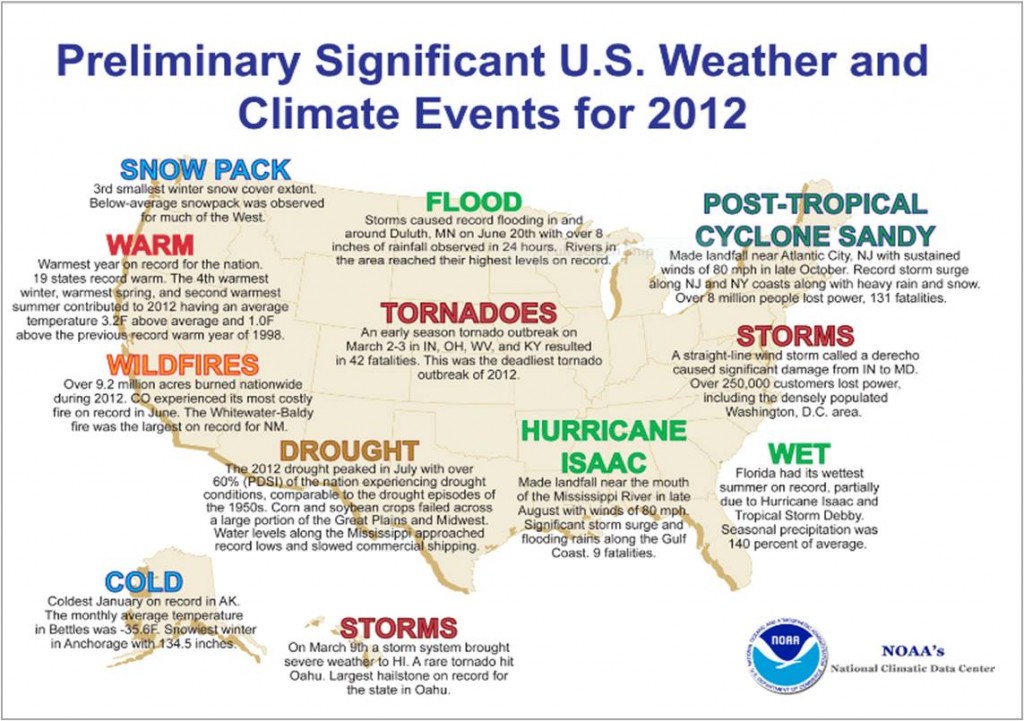 Here in the Midwest, we like to boast, “If you don’t like the weather, stick around awhile – it’ll change!” But now it seems, more attention is focused on adapting to the changing climate as municipalities manage their infrastructure investments. Wastewater utilities with combined sewers have to adapt to reduce overflows, and with more intense rain events occurring more frequently, it’s a growing challenge. Consider that engineers must model and design sewage collection systems to handle certain flows – but if more than one “100 year event” occurs in a ten year period, the models need to change. A 100 year rain event refers to a storm with the probability of only occurring once in a hundred years or, said another way; there is a 1% chance of the event occurring any given year.
Many communities have spent millions to address combined sewer overflows but at some point, spending more money achieves minimal benefit. For example, let’s say a community needs to spend $50 MM to reduce the number of annual CSOs from fifty events to four. Does it make sense to spend $200MM to reach one CSO per year?
Environmentalists, activists, and concerned citizens cry foul when overflows still occur after significant investments, but how many residents accept a doubled sewer bill for only marginal improvement? 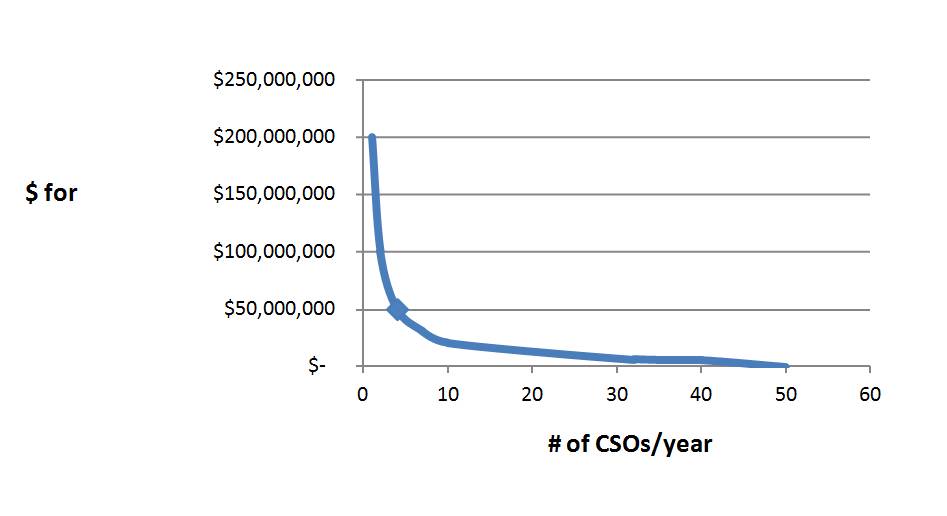 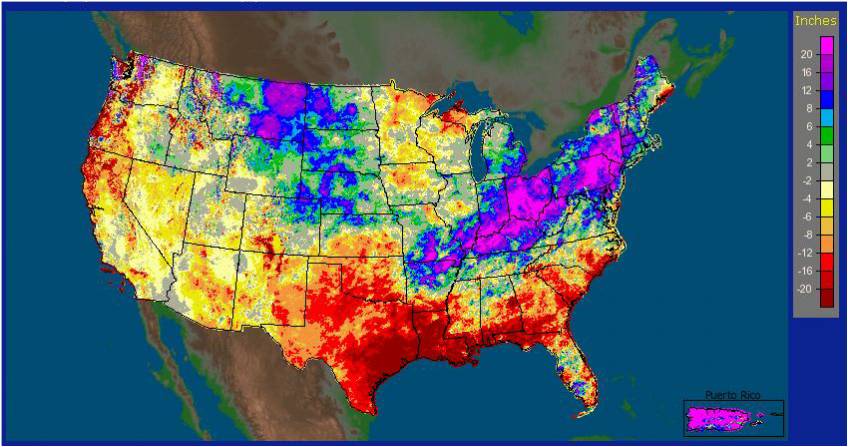 Photo Caption: This map from NOAA (courtesy of Nancy Beller-Simms) describes how in 2011 some areas received much more precipitation, while other areas received much less than models predicted. Engineers may need to change models to predict the true intensity expected during a 100 year event.
It’s hard to deny there’s an issue when sewers overflow, but can it be blamed on climate change, bad engineering or just bad luck?

Many experts agree reducing greenhouse gases is one way to reduce the effects of severe weather events. There’s one target that can aid the reduction — food waste diversion from landfills, the third largest source of greenhouse gases in the US.  Our recently-completed LCA proved that using a disposer results in less greenhouse gas emissions than landfilling. Diversion is more readily achievable than one might imagine, if and when the population is encouraged to use the convenience of a food waste disposer.