A couple weeks ago, I attended a special event sponsored by the Water Environment Federation (WEF) at Stonehill College in Massachusetts, focused on the future of wastewater treatment. The event title: “Activated Sludge on its 100th Birthday: Challenges and Opportunities.”

Upon returning, several non-technical colleagues laughed at my excitement about “the birthday of activated sludge.”  The hilarity at my expense made me realize that to the non-technical, it’s a quirky phrase.

Why am I excited about such a milestone? The British Medical Journal recently reported sewage treatment is mankind’s single greatest contribution to protecting human health. The ability to ‘flush and forget’ is a luxury we take for granted ‒ and something many lack in other parts of the world. In my role at InSinkErator, I never forget that modern plumbing and sewage treatment make it possible to use disposers.

The practice of diverting raw sewage away from civilization dates back to the Roman’s Cloaca Maxima, followed in the 19th century with London’s sewage being sent down the Thames to avert cholera, but actual treatment of sewage didn’t begin until recently. The WEF Stonehill event was held a few short miles from the origins of the activated sludge process that now helps to not only protect human health, but also the environment.

Wastewater technologies on the horizon

Wastewater treatment protects the environment by removing nutrients in addition to pathogens (disease-causing bacteria); much of the Stonehill event focused on the use of Anammox bacteria to remove one such nutrient, nitrogen. Anammox is slightly heavier than typical microorganisms and can therefore be sifted out using cyclones for return back to the system.  Other interesting technologies discussed during the forum included “granular” activated sludge such as the NEREDA process where stabilization of wastewater occurs aerobically, anaerobically and anoxically at the same time to enhance nutrient removal, with a smaller footprint and much lower energy requirements. Integrated Fixed Film Activated Sludge (IFAS) is another technology that shows promise in accomplishing more efficient wastewater treatment through the use of special media to increase surface area. 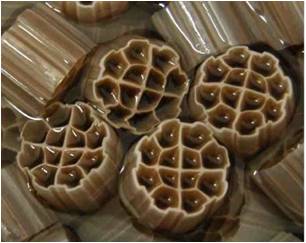 The event’s final panel featured six prominent people who dedicated their lives to the wastewater treatment profession, and it was an honor to hear their perspective on where the industry is headed. George Tchobanoglous and David Stensel both acknowledged the need for getting more carbon to wastewater treatment plants (plants are carbon deficient and nutrient rich) and Tchobanoglous exhorted the role of food waste disposers in providing carbon, making the event all the more memorable for me.  So here’s to activated sludge and the next one hundred years!