By now, I figured you may be getting tired of the same old “top story” retrospectives about 2014, many of which seem to contain competing themes, or even the same “fascinating” people.
Even though this is one more summary of 2014, I can pretty much guarantee you will not have seen another one like it. 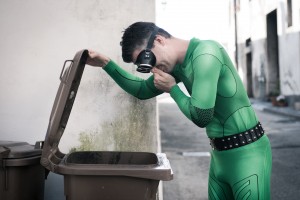 1. Vermont, July – Passed House Act 485 and became the second state in the U.S. to prevent commercial food waste generators of two tons or more per week from sending it to the landfill. Residential food waste ban will begin in 2020.
2. Madison, WI, August – Announced end of Curbside Collection pilot. See #4 and #5.
3. California, September – passed A.B. 1826 to reduce the amount of landfilled organics, initially affecting generators of 8 yd3/week of organics; thresholds lowered over time.
4. Madison, WI, September – 2015 budget excluded funding for a biodigester to process organics from a  curbside collection pilot, meaning material collected will be trucked  90 miles away.
5. Madison, WI, September -Announced expansion of Curbside Collection pilot to expand due to investment in screening equipment to reduce contaminants.
6. Seattle, September– City announced that beginning January 1, 2015, residents will be fined for violating the ordinance that bans them from putting food scraps in the garbage.
7. Massachusetts, October – State became the third state in nation to ban commercial food waste from being landfilled.
8. Metro Vancouver, October – Announced plans to ban organic waste from waste facilities in 2015.
9. Delaware, November– Peninsula Compost Group in Delaware shuts down operations leaving New York City without an organics processor for the new curbside collection pilot. 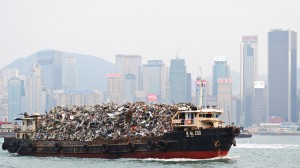