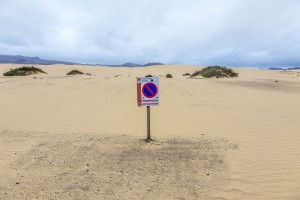 Have you ever considered doing something completely out of bounds? How about eating a strange animal while visiting another country? What is taboo in the U.S. may be perfectly acceptable in another country, and vice versa. Personal boundaries not only vary from person to person, they are often different in other parts of the world.

Last month I took part in the Wetskills student competition at the Milwaukee Water Summit co-sponsored by UW Whitewater and the Kingdom of the Netherlands. The event encouraged students to develop innovative solutions for water challenges posed by case sponsors. It featured a number of Dutch students and wastewater professionals and provided a great opportunity to connect people of different backgrounds. Today people are more connected than ever via the Internet and social media, so knowledge sharing between peoples of different cultures transcends geopolitical boundaries. Today I’d like to discuss a boundary in the environmental realm most rarely consider. 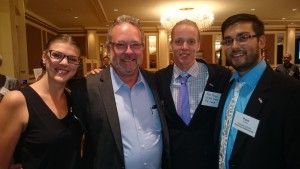 Many people are unaware of what happens to our waste after we flush, and take it for granted that it will disappear and never return. But the remaining byproduct of wastewater treatment – biosolids – must be managed. In the U.S. over half of all biosolids generated by water resource recovery facilities are beneficially reused, such as being used for land application as fertilizer. Most end up on corn and soy bean fields. In the Netherlands, however, land application of biosolids is not practiced and is considered unacceptable, largely because of the fear of pathogens (disease-causing organisms). In the United States, to meet Class A pathogen reduction requirements, biosolids must contain less than 1000 fecal coliforms/gram of solids. Class B requirements are much higher – 2,000,000 fecal coliforms/gram of solids.

Biosolids are the byproduct of the wastewater treatment plant but are explicitly processed to reduce pathogens so that they are much different than “humanure.” Biosolids are basically comprised of the remaining cell walls of microorganisms left over from the treatment process as well as whatever organic biomass remains after digestion. Much of the organic material has been degraded, in many cases by as much as 40-50% (measured as volatile solids destruction). For comparison, biosolids are very similar to soil on an elemental level. The main difference is that biosolids have more Carbon and less Silicon, as well as more Nitrogen and Phosphorus. The next post will show this in graphical form.

Pathogens have been significantly reduced in the treatment process; much more than manure from hogs, poultry and cattle in the agricultural sector, which has been used for centuries around the globe. Yet there is so much fuss across boundaries regarding the beneficial reuse of biosolids. Isn’t it just a superior fertilizer?