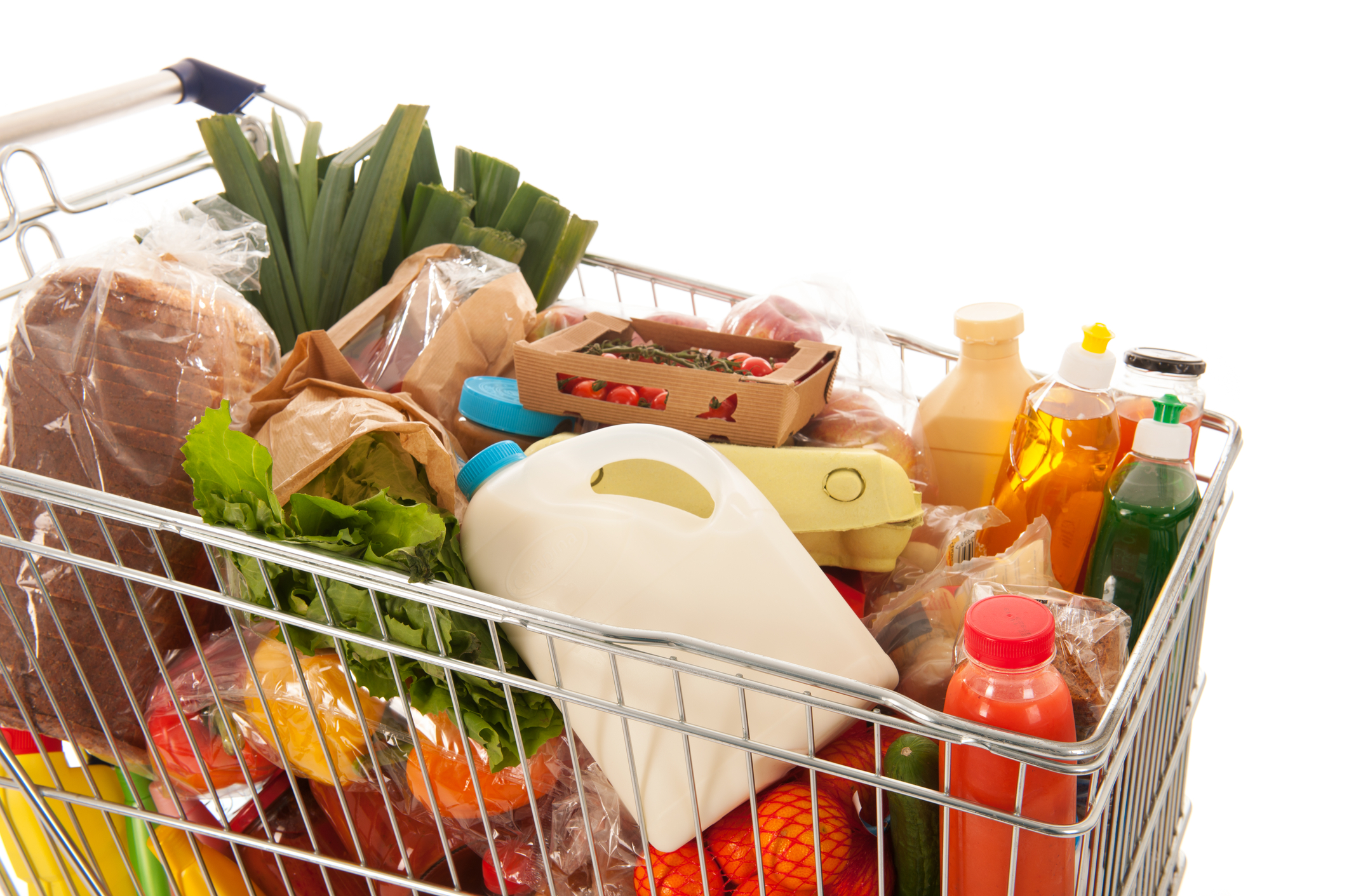 Simplistically, “losses” occur in the supply chain of production and distribution, while “waste” takes place when consumers over-purchase, improperly plan, store or prepare their meals. So where is the greatest opportunity – reducing loss or waste? To find a solution, one has to define exactly what the problem is.

Upon first glance at “Wasted: How America Is Losing Up to 40 Percent of Its Food from Farm to Fork to Landfill,” a 2012 report by the Natural Resources Defense Council, consumers are the main problem – the percentage of waste for consumers by food type is higher than the other four categories. 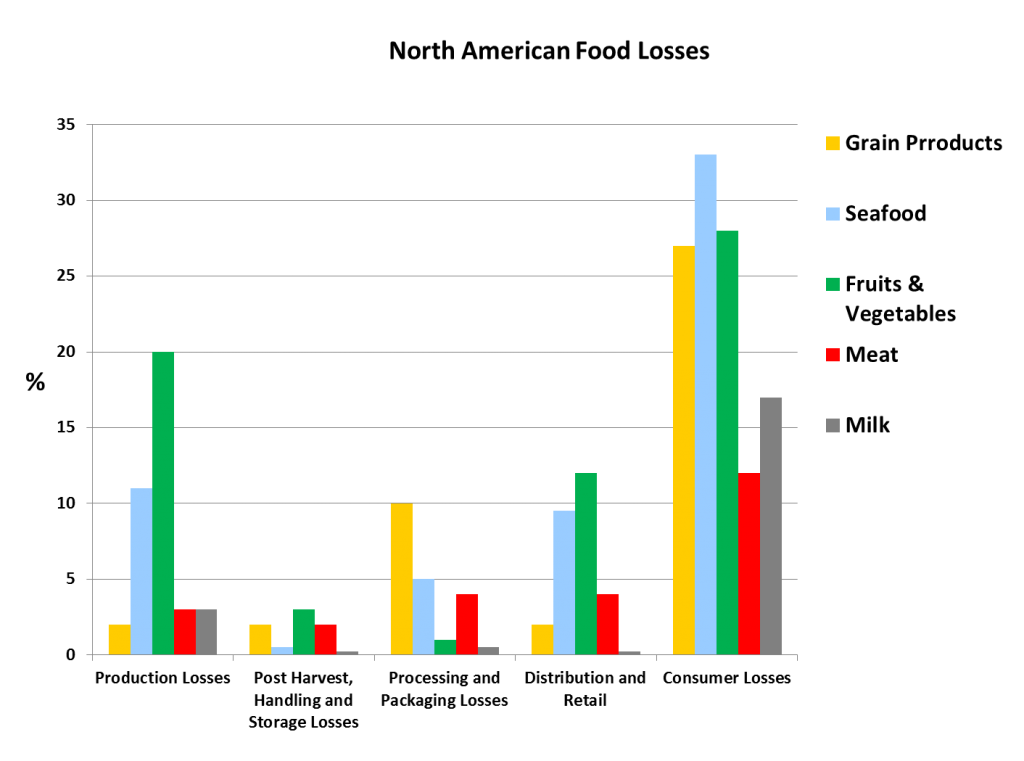 Graph adapted from “Wasted: How America is Losing Up to 40% of its Food from Farm to Fork to Landfill” by Dana Gunders of the Natural Resources Defense Council, August 2012.

On average, about 23% of food waste is wasted by consumers, versus less than 5% for all other parts of the supply chain. However, when looking at percentages it is imperative we understand the denominator. So what is the total amount consumers purchase — as compared to the amount produced?

A 2011 report by the Food and Agricultural Organization of the United Nations titled, “Global Food Losses and Waste” shows the biggest opportunity is on the loss side of the equation. 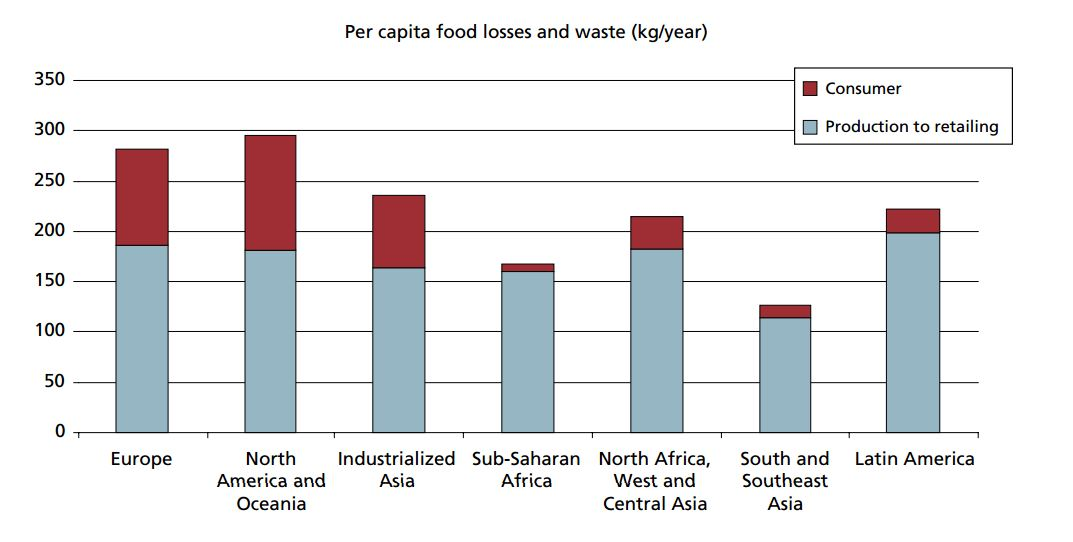 Graph from “Global Food Losses and Waste” by the Food and Agricultural Organization of the United Nations, 2011.

Where does food lost in production go? After looking at a report prepared for the Food Waste Reduction Alliance, it appears much of this loss is diverted to animal feed.

So is this food waste really “lost” if it is returned to the cycle of production of more food? I submit that as long as food waste from production goes back into making more food, it is not really wasted or lost.

Which raises the question, “With the USDA involved in food production and so much already diverted to produce more food, how much can they move the needle on reducing food losses?” Won’t this mean higher food production costs and therefore higher consumer costs if they have to supplement animal feed with other sources?